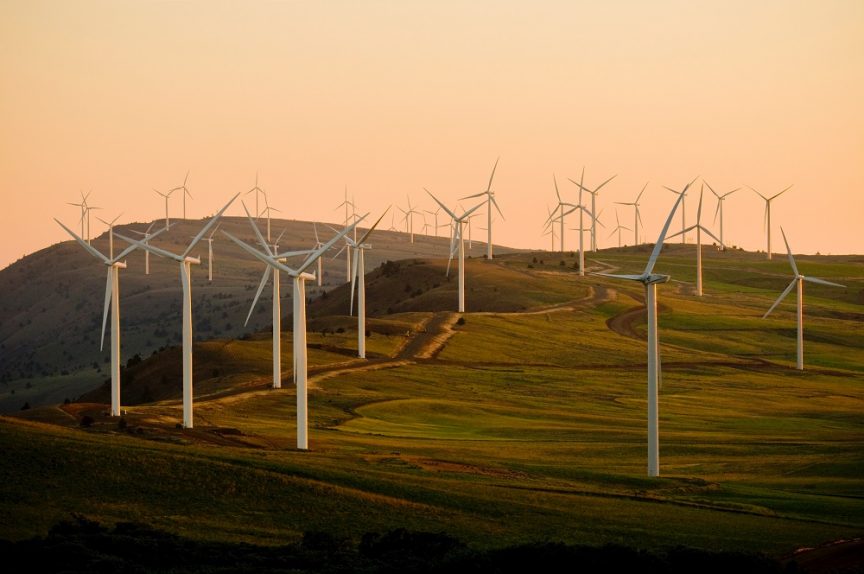 All mines eventually outlive their use, but some enjoy a second life — for example, as pumped-storage facilities for renewable energy.

As mining companies continue to expand their operations, some entrepreneurs are reusing what they leave behind. In Pennsylvania, for example, Adam Rousselle is looking to redevelop the abandoned Shen Penn mine pit as a pumped-storage facility for the renewable energy created by nearby wind farms.

Rousselle’s company, Merchant Hydro Developers LLC, received a preliminary federal permit in May to begin studying the mine pit this spring. Merchant has filed for 21 permits to redevelop similar sites, but the Shenandoah project is by far the largest.

The proposed facility, which Rousselle characterized as “a giant liquid battery,” features an upper reservoir that would be continually refilled with pumped water. As soon as energy is needed, water would be released and sent downhill to a hydroelectric plant that converts the running water into power. In the nighttime, when demand for power is lower, the system would move water into the upper reservoir where it can be pumped down more rapidly to create energy the following day.

Merchant Hydro’s plan would repurpose the mine pit itself as a lower reservoir that can be fitted with the hydroelectric “battery,” while the upper reservoir would be closer to the wind farms and their 64 turbines. Rather than draw water from a river or similar open body of water, the company will install a closed-loop system.

How These Facilities Complement Clean Energy

Rousselle’s project will complement the wind farms by storing excess energy throughout the year, ensuring that an ample supply is always available. According to the Department of Energy, similar initiatives account for 97% of utility-scale power-storage devices in the U.S.

Pumped-storage facilities are less popular with energy producers because they tend to consume more power than they create, since they constantly store and pump energy. But they are starting to compensate by producing power during the night that can be sold to the grid at peak hours, ensuring that the process remains lucrative.

Though over 40 pumped-storage facilities already exist, many of them have yet to begin actually producing due to a long regulatory process. Of the two approved in recent years, the first, located near Joshua Tree in Southern California, needed six years of review before receiving approval. What’s more, the plant still requires several additional permits before its operators can break ground.

Wind Creates Dust — Here’s How to Banish It

Although they provide sustainable energy, wind farms still create dust. With over forty years of experience in dust control, Midwest Industrial Supply, Inc. understands the challenges that wind farms must deal with. We’ve developed a suite of dust control products to trap those fugitive particles that jeopardize efficiency and threaten the surrounding environment.

Our patented dust control product Soil-Sement® is engineered to seal dust into the surfaces of unpaved roads, preventing it from escaping into the atmosphere. Made with polymer emulsions, it’s an environmentally friendly solution to your fugitive dust concerns.

As wind produces more and more of the nation’s power, Midwest will continue to work with energy producers to develop cost-effective managed service programs that help them reduce maintenance costs and achieve higher levels of sustainability.