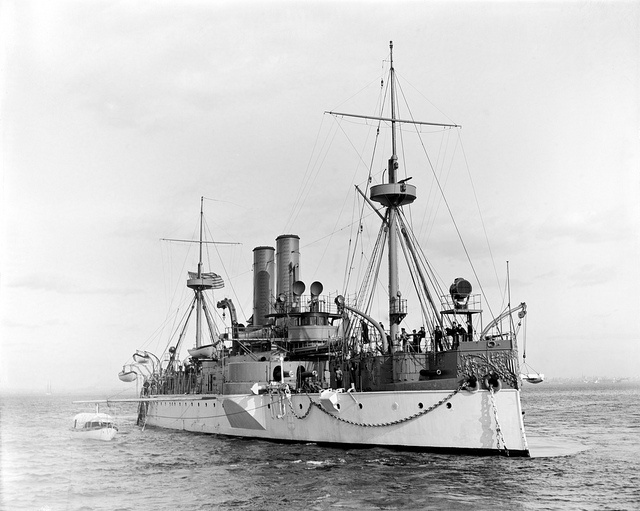 When the USS Maine, an American battleship docked in the Havana harbor, suddenly exploded on February 15, 1898, taking more than 250 lives, Americans were outraged. The immediate report blamed an underwater Spanish mine, provoking public outcry against Spain — which many used to justify the Spanish-American War.

Fast-forward to the 1970s, where subsequent investigations revealed that the explosion was not, in fact, caused by an enemy mine, but “without a doubt” was sparked internally.

When investigations uncovered that the source of the explosion came from within the battleship, new facts began to emerge, according to a report released by the Law Library of Congress.

In those days, large ships like the Maine used coal for fuel. But in an ill-fated design flaw, their coal bunkers were located directly next to the magazines that stored ammunition, gun shells, and gunpowder. Only a quarter-inch-thick steel plate separated the two compartments, meaning the coal was only four inches away from the ammunition — you can probably see the problem here.

The importance of coal to the early days of American life and industry can’t be overstated. The Department of Energy reveals that the first commercial coal mines started operating in the 1740s, even before the birth of the United States. Given the era and the prevalence of coal-powered forms of transportation, it’s unsurprising that the USS Maine used coal as its fuel source. To be more specific, the ship used bituminous coal, which was easier to transport and store than anthracite coal — even though it’s more prone to spontaneous combustion.

Today, coal continues to generate half of U.S. electricity and accounts for 32% of total energy production, according to RMCMI. Bituminous coal is still alive and well, despite the risks. It dominates U.S. coal production in terms of abundance, with the EIA reporting that the bituminous variety makes up 45% of coal production by weight and 54% by energy intensity. But what can be done to decrease the associated risks and prevent history repeating itself?

Midwest Industrial Supply, Inc. thoroughly understands the dangers of processing and transporting coal. The most common challenges are dust emissions from moving coal and spontaneous combustion from storing coal. By using our solutions, you can avoid all of the issues that come with coal material handling.

Midwest has a full line of products that help address all of the challenges of handling and transporting coal.

In addition, we provide the following equipment to help facilitate the proper application of our products to the different situations:

Coal will never cease to be a major player in the American industry — it’s in our future as much as our past. As we think back on our history, be certain to take necessary precautions while handling coal and, as they called out at the turn of the 20th century, “Remember the Maine!”